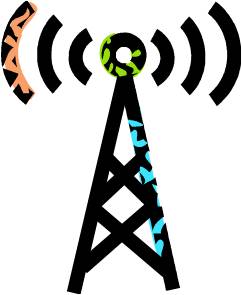 Three cheers for WiFi – now we can work almost anywhere, we don’t need as many wires as we used to and it gives us much more freedom.

But with freedom comes risk.

If you are on a wireless network (at home or at work), how secure are you?

Hopefully the answer is yes, but if it’s no you’re using an open WiFi network and potential at risk.

“That’s OK, our network is secured by using a WEP protocol key.”

That’s great but did you know these networks can also be vulnerable since WEP encryption is quite easy to crack (if you know what you’re doing).  Once an attacker has gained access to your network they will be able to view all the traffic on it in the same way as they could on an open network.

But don’t panic. Using a WPA secured network makes it much harder for attackers to deal with. This is because traffic to each user is secured separately so an attacker would have to decrypt each packet they captured before they could exploit the vulnerability. Quite frankly, for most people, that’s far too much like hard work so they won’t bother.

So at the end of the day, if you’re going to use any kind of public WiFi network, you could be putting yourself and your data at risk.