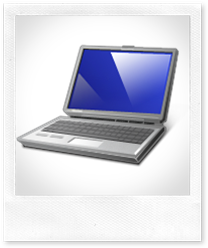 For those not fluent in computer-ese, working out which processor is best can be a complete nightmare. Their string of unfathomable numbers gives little clue to  the uninitiated as to which does what best.

Then, you have added problem of deciding whether to do with a laptop or a desktop? Which is likely to be the most powerful?

Well, as a general rule (there are exceptions), laptop processors or usually lower-powered than those in similar desktop machines.

This is because mobile computing usually consumes less power. Why is that important? Well, for a start you’ll want to eek out every second of battery life and you won’t want the heat from your processor to melt your laptop. Desktop’s can run larger processors because of the huge heat-sinks and fans they run. If you had all that gubbings in your laptop, your battery would be flat faster than…well, the fastest thing you can think of.

Laptop CPUs are differentiated by several characteristics, such as:

Although you can still get single core processors, mainstream processors are now moving towards dual cores. These provide fast cache memory and bus speed (this determines how fast the processor talks to the rest of the computer). But as well as faster speeds, the different cores offer different abilities, but you’ll need to look for specialised comparison details on the laptop models to determine what they may be.

If all this talk about processors, dual cores and bus speeds has left you even more confused, those lovely people at Geek. com have put together some recommendations to help clear the fog.

Intel is still the ruler of the roost at the moment with its Core 2 Duo processors (far superior to AMD).

In the case of choosing a laptop, performance isn’t often a top concern, but that doesn’t make the CPU choice any easier. If you will be using it infrequently, get what you can afford. But if your laptop is to be your main machine (plus you’re planning on doing some multi media tasks and gaming), it’s best to stick with Intel’s Core 2 Duo T7xxx series.

At the end of the day, if in doubt, ask your local IT specialist. Tell them what you will want to do with the machine and whether it will be your primary computer or not and they’ll point you in the right direction.