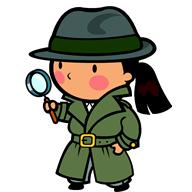 work. But every now and then a problem will arise that foxes and frustrates you. When that happens, it’s time to call in the IT detectives.

Here’s a case in point:

The case of the beeping and rebooting PC

It was a normal day in the office. The window perfectly framed the balmy blue sky outside and if we listened really carefully, we could just make out the gentle twitter of the birds.

But then the phone rang and everything changed.

The disembodied voice recounted the story of their PC that constantly rebooted, beeped and then rebooted again. Nothing they’d tried worked and they were losing productivity.

We leapt into action and dashed round to help.

While standing in front of the offending PC, they demonstrated the problem. Sure enough it rebooted, bleeped and rebooted again. We put our client’s mind at rest by informing them that the beep was a good sign: it meant the PC was OK. The issue was to discover what was preventing it from staying up.

Our first move was to unplug all the peripheral equipment, just leaving the monitor, keyboard and mouse plugged in.

The PC started up no problem – had we found the problem?

We reconnected the LAN, but as we did so the whole system failed: black screen, rebooting and bleeping. Back to square one.

Upon starting it up again, it loaded OK, the internet was working, but after plugging in the printer the whole system failed again.

We took a moment to look around their office and noticed that the system was running through an old unlimited power supply unit – could that be the culprit?

After unplugging everything and re-plugging it all into the wall sockets, no system start-up.

So there it was, the culprit was the faulty power supply unit.

After the client had this refitted all the problems vanished.

The result: a happy client and productivity restored.

All in a days work for the IT detectives.