As IT consultants, we’re frequently presented with bizarre PC ailments. 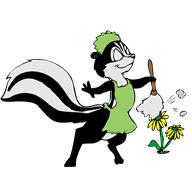 One case in particular was that of a fuzzy PC screen.

When we arrived at the client’s office, the PC’s screen looked more like of those magic pictures. You know, the ones you have to stare at to find the hidden image. The only problem here was no amount of staring was going to help.

On top of that, the PC was running very slowly and would frequently freeze.

Our first step was to open up  the PC to see what was going on. In a word – dust. The CPU fan and graphics card fan was choked with it. After giving them a good clean, we closed up and restarted it. It was a slow process and after about 15 minutes the PC froze once more.

So, it was back to the operating table, a quick change of graphics card and then another restart. This time  the screen was OK and although slow, it was up and running (well, more of a walk really).

Next was try and speed things up by clearing out unwanted software. Unfortunately, the PC froze once more and complained bitterly about low disc space.

After running various tests on the hardware components, the fault presented itself – a faulty motherboard.

The moral of this tale? Make sure you regularly spring clean your PC to prevent a suffocating build up of dust.