Have you heard of the term “Vishing”?

It is a fraudulent act whereby someone telephones you pretending to be from your bank, the police or other reputable organisations and tricks you into handing over your personal details. These are then used to commit fraud.

How to spot Vishing

Those that commit vishing are quite technically savvy, so much so that the number they are calling from (that appears on your phone) may be masked to make it look legitimate.

To help you stay one step ahead here are a few of the ticks they use that you should look out for.

What should you do if you think you’ve been conned?

The best advice we can give is to get in touch with your bank straight away.

Vishing is a growing problem, so it’s important you remain vigilant at all times. Remember that your bank will never ask for your confidential information over the phone and neither with the police. 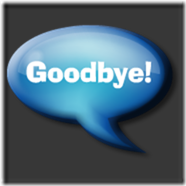 The thought that you could unwittingly open your data up to unscrupulous hackers is at the forefront of most peoples’ minds. But what about when you dispose of your old computer, hard disk, or USB stick?

If you don’t destroy your data before disposing of your hardware or dropping it off at your local recycling centre, you could see your personal data fall into the wrong hands.

Here are 5 top tips for data destruction from PCPro – well worth a read.

Simply deleting files or formatting them won’t do it. Although they appear removed from your OS, they’ll still be lurking in the recesses of your hard drive.

The answer is to overwrite the data at least 3 times. The article in PCPro suggests using the Gutmann method, which ‘writes a series of 35 patterns over the hard drive’, their preferred free tool is Eraser.

This can be done using various methods: hammering large nails through it, using a sledgehammer to pummel it, take an angle-grinder to it, or dunk it in dilute hydrochloric acid.

The easiest method is to unscrew the hard drive using a Torx screwdriver and remove the platters, which can then be sawn and generally destroyed.

Although this method won’t work on USB sticks or SSDs (because there’s nothing magnetic about those data storage devices), it can be used on hard drives.

But be warned, waving a household magnet over it won’t be enough to delete your data. Demagnetising (or degaussing) isn’t a viable home data destruction method as degaussing machines are rather expensive.

We’re not talking about scratches as they would have to be pretty deep to make any impact, so you might as well go the whole hog and destroy the disc.

Cut it up using a strong pair of scissors or shears, or, if your shredder has a slot for CDs, use that and dispose of the bits in separate bins to make sure it can’t be put back together again.

Believe it or not, lots of printers have built in hard drives and may automatically store a copy of any document that passes through it – bet you didn’t realise that.

Assuming you’re not planning on selling on the printer (or returning it to the lease company), remove the disc and destroy it. If you do want to sell it on, connect the printer to a PC and wipe it using the a data erasure tool.

So there you go, 5 ways to make sure you don’t pass on any of your sensitive data without realising it. 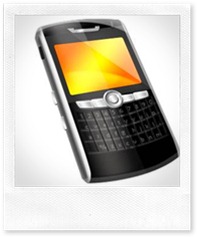 In today’s day and age, we all shred important documents to minimise the risk of fraudsters getting hold of our personal data. But what about your smartphone?

Think for a moment about what is stored on it – your emails, bank account information, social networks and that’s just the tip of the ice berg. This wealth of personal information could potentially be swiped by malware (malicious software) or by someone physically stealing your phone.

Bet that’s got you thinking.

But they’ve got safeguards – haven’t they?

Sure, the iPhone has a ‘sandbox’ configuration making the OS pretty secure, but advances in malware means you should never rest on your laurels thinking your phone’s manufacturer has got everything covered.

As for Android phones, they are more closely related to PCs to, potentially, are an easy target for hackers.

And let’s face it, regardless of what magic software your phone contains to fend off would-be hackers, if it gets stolen, it’s game over.

A lot of advice about staying save is common-sense, but it never hurts to reiterate it:

To stay extra safe,  you can also take the extra step of utilising a mobile security product such as Bullguard Mobile Security.

At the end of the day, keep your smartphone secure when out and about and be vigilant about what you download on to it. Remember, one phone can hold a lot of information about you – so make sure it stays safe.

It applies to all businesses within the UK.

If you’re a business owner, have you taken the necessary steps to make sure you comply?

Potentially, your business could fall foul of this legislation if it can’t show that it has put in place ‘adequate measures’ to prevent bribery taking place.

What do you need to do?

Your first step will be to determine whether there is a risk that an employee, agent, subsidiary partner, or other person carrying out services for on your behalf, carrying out an act that falls within any of the four offences listed above.

For more guidance, the Government has published these guidelines on the 6 principles every business should follow to help you ensure compliance with the Act.

So, are you compliant?